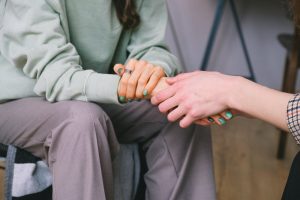 Hope Alive, Inc. began in 1974 as a support group for women experiencing anxiety, depression and low self-esteem. Meetings were held at a local college, at churches or in homes. As a result of the great need she observed, Milli Bishton (our founder and former director) returned to college to obtain counseling credentials. She and several others then volunteered their time providing individual counseling and support groups.

In 1993, a large home on 1747 N. Wells Street was purchased to provide a consistent location for support groups and counseling. The second floor of the building was used as a shelter for several women who came for counseling services but desperately needed a safe place to live.

By the year 2000, Hope Alive increased services to a formalized residential program, in order to not only provide housing but also to help each woman transition to a meaningful, productive life on her own. Weekly support groups and counseling were now required for residents.

In 2006, in response to the need, Hope Alive purchased the building across the street at 1805 Wells. After extensive renovation, there were seven bedrooms in two apartments, including a room for emergency housing. The building also provided a separate apartment for a Resident Advisor who provided mentoring, accountability and support for the resident women.

In 2012 we hired a Case manager to effect greater continuity in service to our residents, and to follow up with former residents. We also began an Outcomes-Based Evaluation of our Transitional Housing Program.

In 2015 we purchased a third home, to nearly double the capacity of our residential program, for a total capacity of 17 women (including one room for temporary housing).